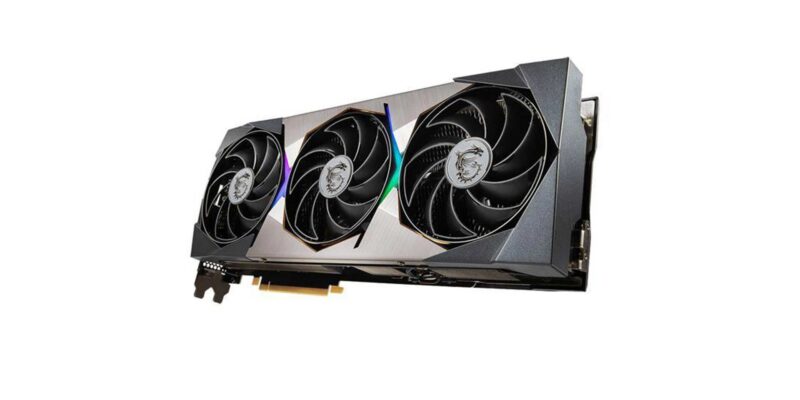 If 2021 goes down as the worst graphics card shortage in history, 2022 may be characterized as the greatest recovery for prices and availability. We’ve already noted multiple improvements in the opening months of this year, but the US government’s recent announcement marks another major milestone for getting things back to normal.

The Office of Trade Representatives just announced that various computer hardware items including PCBs and more will no longer be subject to the 7.5-25% tariff fees that drove prices up shortly after the Nvidia RTX 30 Series and AMD Radeon RX 6000 Series launched. These tariffs were imposed back in January 2021, when exclusion clauses expired for Chinese imports including computer hardware and components. The immediate result at the time was that AIBs, particularly those with manufacturing based in China, raised prices substantially to account for the import cost increases.

Components such as graphics cards are traditionally considered low margin products. This made the subsequent price hikes for consumers of little surprise. Even still, the unilateral move by AIBs to raise prices angered a lot of consumers. New graphics cards were made substantially more expensive than previous generations. This has in turn contributed to the perfect storm of events that’s made the PC gaming market unattractive to average consumers over the past 18 months.

Even today, list prices still remain well above Nvidia’s original MSRP for most models. However, the decreased demand from crypto miners combined with the partially satisfied demand among the gamer crowd has finally resulted in better conditions for graphics card pricing. Add in the fresh savings of tariff exemptions, and we’re sure to see prices continue the downward trend. 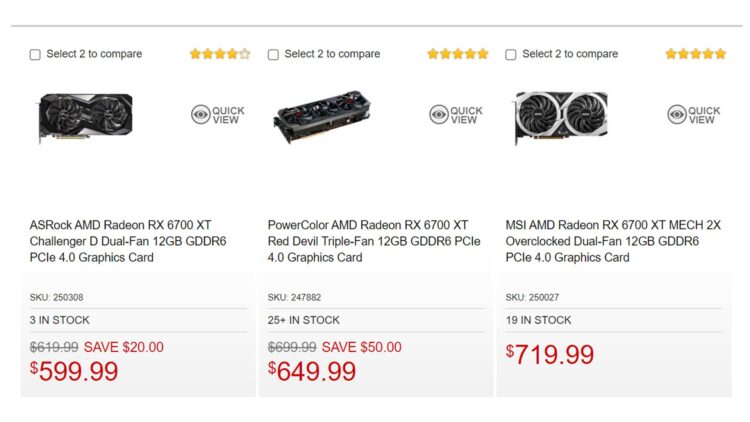 (Image credit: Micro Center). The 6700 XT is falling rapidly in price at Micro Center. Last year’s AIB prices neared $1000 for some models, despite the claimed MSRP of $480.

Prices dropping by the day

We’ve been closely monitoring pricing and availability since the graphics card shortage began in 2020. And the situation now looks set to recover throughout the year. Since the all-time high of spring 2021, pricing has been on a slow, but consistent downward trend, with the holiday season being the obvious exception. The past two weeks have marked some of the most notable decreases by far though.

We initially hypothesized this was due to the increasing difficulty for crypto miners to turn profits, plus the fact that Ethereum is set to artificially kill its GPU mining viability this summer. Some of these price drops may have also been anticipatory of the renewed tariff exemptions as well. Either way, we’ve noted immediate price cuts on some models within the past 24 hours, which shows some manufacturers, distributors, and retailers will take a reactionary approach to graphics card prices. 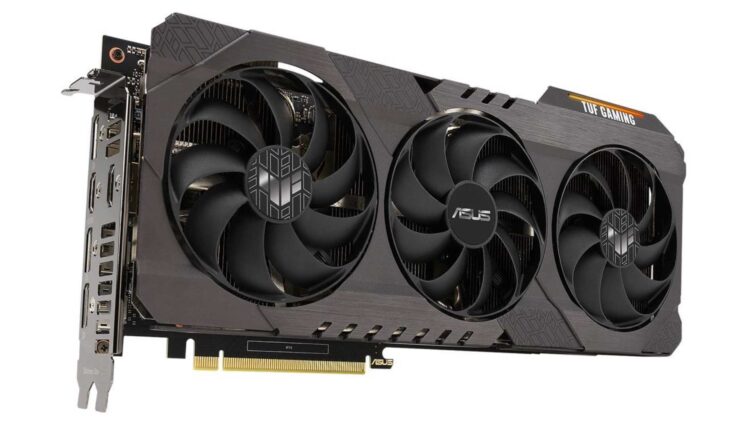 To highlight the changing market conditions, we’ve put together a few examples of graphics cards with fresh price cuts that are in stock right now at various major retailers. Starting off with Nvidia, the RTX 3070 TUF OC from ASUS is down to $769 on Newegg. This same card sold for $1,100-1,200 just several months ago. While this price is still well above the $499 MSRP, it’s significant progress.

We’ve already covered the improved availability for the RTX 3080 12GB and 3080 Ti models. But MSI has since become more aggressive with pricing on its RTX 3080 12GB Ventus model at $1,259 on Newegg. ASUS isn’t far behind either at on Newegg for its TUF OC model at $1,299. While the 3080 12GB variant never received an official MSRP, these cards debuted at prices between $1,350-1,600, so these price cuts are welcome changes from the previous list prices. 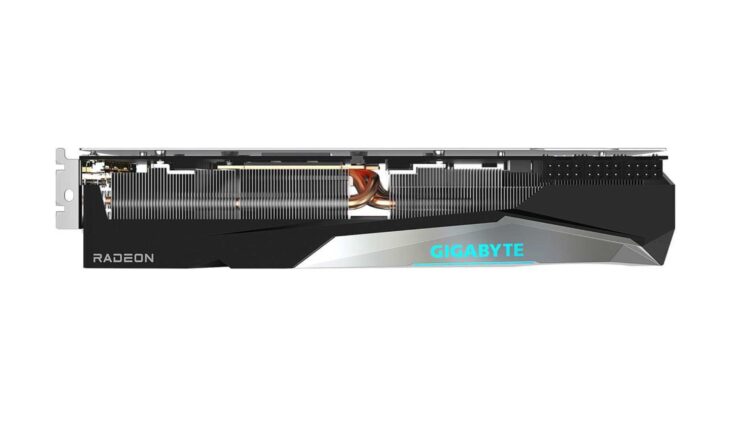 Grab this chonky Gigabyte 6900 XT Gaming graphics card that competes with the RTX 3090 despite being a fraction of the price.

Aside from these examples, prices remain high on a number of low- and mid-range graphics card models. Still, consumers have much better options now than last year. Those who don’t want to wait any longer to upgrade their gaming PCs only need to pay modest markups in some cases. For those that still refuse to accept the current market prices, time should continue to make things more favorable. We’ll likely see these price cuts trickle down to more models, and increased pricing competition as a result. This is the way of supply and demand.

Believe it or not, the current generation of graphics cards is nearing the end already. We expect AMD and Nvidia to release new products before the year’s end, and already have details on specs and performance estimates for your reading pleasure.

Please note that all prices are in USD. PC Invasion does not receive commissions from these links.

Kevin Foley
Kevin's go-to gaming genres are shooters, RPGs, and tactical strategy, though he enjoys the occasional puzzle game too. When he finds a narrative he really likes, he feels inclined to tell the world all about it. When he's not writing about games, he's tinkering with tech to see how it can improve gaming experiences.

By Chirag Pattni2 days ago
News

By A.K Rahming4 days ago
Hardware

An alpha version of Steam has released for Chromebooks

By Sam Robins5 days ago
Hardware