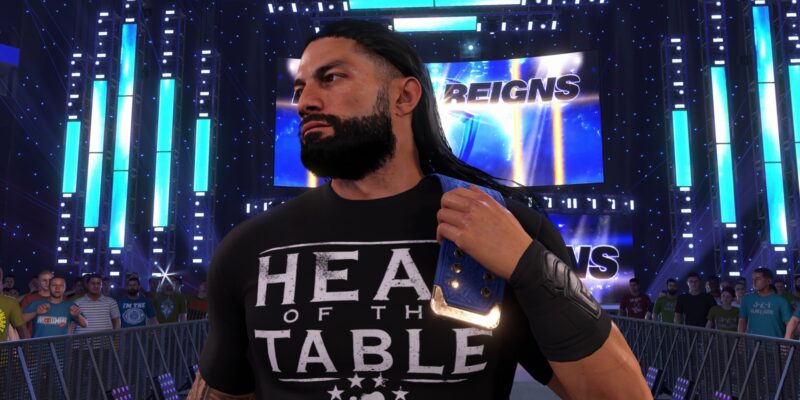 WWE 2K22 is finally here. The saga began with the “botchfest” that was WWE 2K20. That led to the cancellation of the next game in the series. It was subsequently replaced by WWE 2K Battlegrounds, a rather mundane arcade offering.

There’s a lot of trepidation considering past events. Thankfully, Visual Concepts has managed to craft an engaging experience. It might not be perfect, but WWE 2K22 is a step in the right direction.

The first thing you’ll notice in WWE 2K22 is the graphical detail. Character models are more vividly striking and significantly better this time around. Although there are still a few odds and ends, you’ll mostly be wowed by the visuals.

The performance, too, was surprisingly top-notch. I have an Intel 10900K, Nvidia 3080, and 32 GB RAM, sure, but I was still amazed by the fact that the game ran at high and stable framerates with hardly any drops. These were from multi-man matches as well, including eight-person tag ladder matches that could take forever. I did experience some crashes when downloading custom images, but these were during the first day when the servers went live. I haven’t experienced these problems since then.

Other key changes and improvements are related to combat. This time, you’ll use a combo system, where pressing a series of buttons allows you to chain punches and kicks followed by a takedown. Animations are smoother and reversal transitions are a sight to behold. Perhaps my favorite was when I was in a battle royale and an opponent attempted to do a running attack while my back was turned. I pressed one button to do a reversal and my opponent flew over the top rope, handing me a victory. My only gripe here is the use of a grab button that requires another press to do an Irish Whip. That was a bit peculiar, though I guess it might be due to how the system is set up. 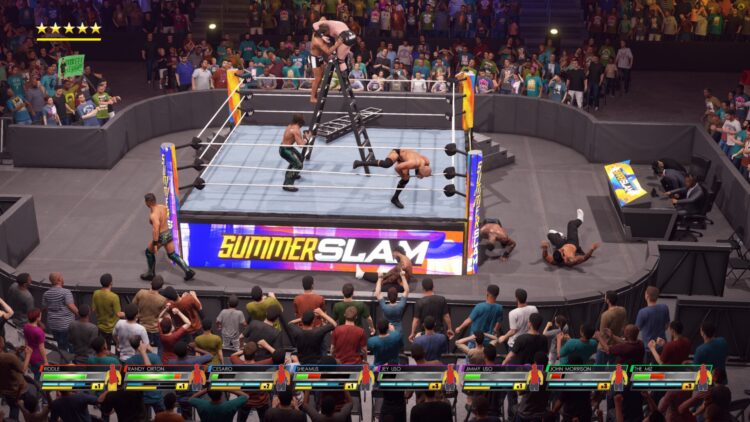 The Create-a-Superstar or CAW feature in WWE 2K22

When WWE 2K20 initially launched, it was marred by a litany of bugs and issues. One of these was the fact that you can’t save custom photos or logos at all, completely curbing attempts to make detailed CAWs.

Fortunately, WWE 2K22 shipped with a fully working Creation Suite. I definitely enjoyed making my own CAW versions of The Fiend and AEW’s MJF. 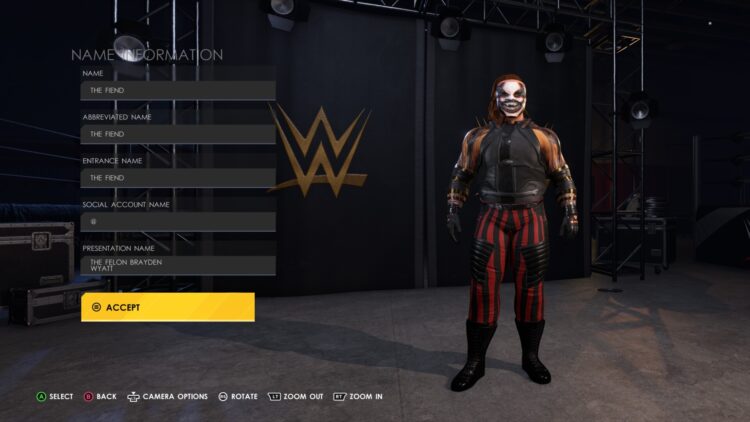 Even better, WWE 2K22 allows you to create a custom render or portrait for your superstars. You don’t have to settle for the default poses. Now, you can take a real-life image and use it for match-up and selection screens.

Perhaps the only downside here is that detailed custom entrances have been removed. You can still assign different videos, banner movies, and so on, but the motions are all based on templates. Characters will move and act based on that template from gorilla to the ring, and you’re no longer able to tweak each segment. 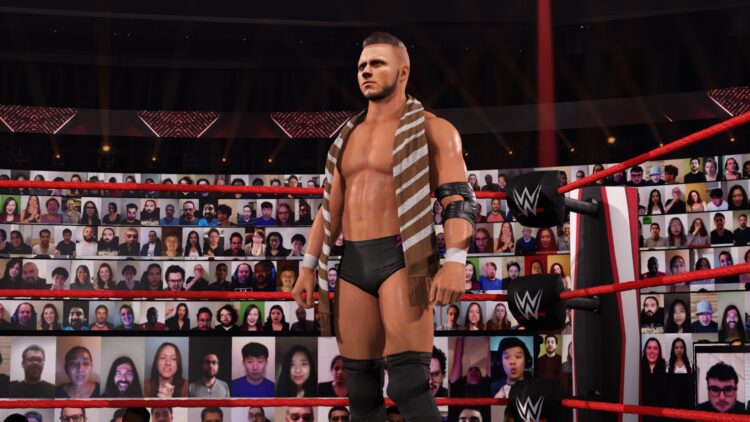 This year’s Showcase Mode features Rey Mysterio (who’s also the cover athlete). That’s all well and good given that Rey Rey is one of the most iconic luchadores to have ever stepped foot in the ring. The problem with Showcase Mode is that Rey’s illustrious career has been condensed into only a dozen matches, most of which are forgettable.

For instance, the first match has Rey (in Phantom costume) going up against Eddie Guerrero. This is from WCW’s Halloween Havoc, considered as one of the best bouts in the promotion’s history. That’s followed by, oddly enough, Rey vs. Eddie in the WWE. That’s right. They completely jumped several years ahead, meaning that Rey’s entire WCW stint was represented by just that one match.

Some omissions make sense (i.e., Chris Benoit for obvious reasons). The lack of matches against Chris Jericho, CM Punk, and Dean Malenko are also a given since they’re in AEW now. What’s flabbergasting is that there are no bouts against Billy Kidman (currently a WWE producer), Kurt Angle (who, for some reason, isn’t included in the game as a legend), or Psicosis (he’s not in AEW, that’s for sure). Instead, you’ve got random matches against Samoa Joe and Gran Metalik. 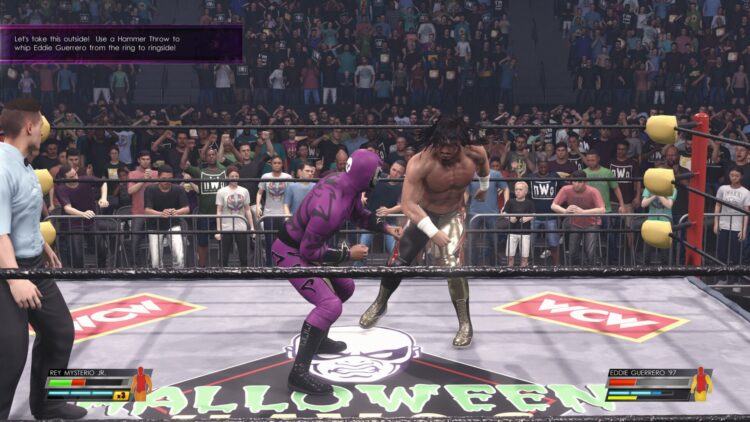 Another feature in WWE 2K22 that’s worth talking about is MyRise. This game’s Career Mode is, no doubt, one of the best in recent memory. No longer are you a goof with a dorky nickname who’s pigeonholed into linear storylines. Instead, your journey is more open-ended. You can talk to various superstars, partake in challenges, initiate storylines up to their conclusion, and change your alignment (i.e., face or heel) based on dialogue responses.

I chose a female CAW for this one, and her journey began in the Performance Center. After winning several fights and becoming the Performance Center champion, my character duked it out with Sasha Banks before getting the opportunity to join Raw, SmackDown, or NXT. I chose Raw and had multiple branches available, such as Charlotte’s Queen of the Ring tournament and Bayley’s Women’s Intercontinental Championship arc.

My only complaint here is that your MyRise CAW is only available in this very mode. You can’t import it for use in regular matches or Universe Mode. 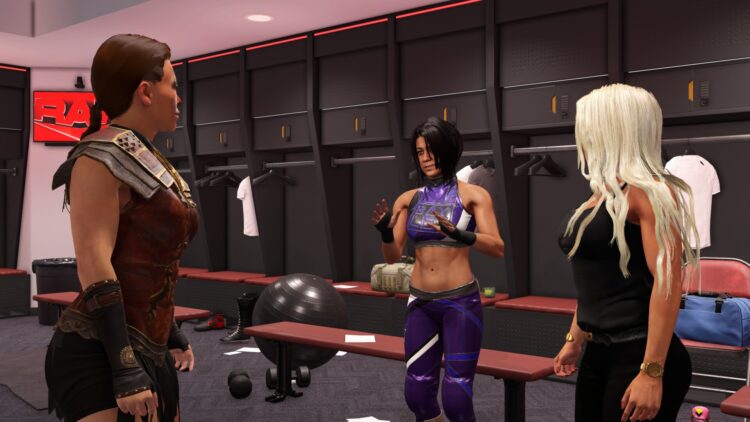 Universe Mode is back and it doesn’t have a lot of changes. In fact, it’s probably one of the weakest features considering how we’ve seen everything this mode can offer in past years.

A new addition, however, is MyGM. Previously part of the SmackDown vs. Raw games, GM Mode pits your brand against another to see who can win the ratings war. You’ll partake in a draft, recruit free agents or legends, book your own show, and use perks to gain benefits. I do wish that MyGM was somehow integrated into Universe Mode to make the latter more refreshing. Instead, these two are completely separate and independent of each other. 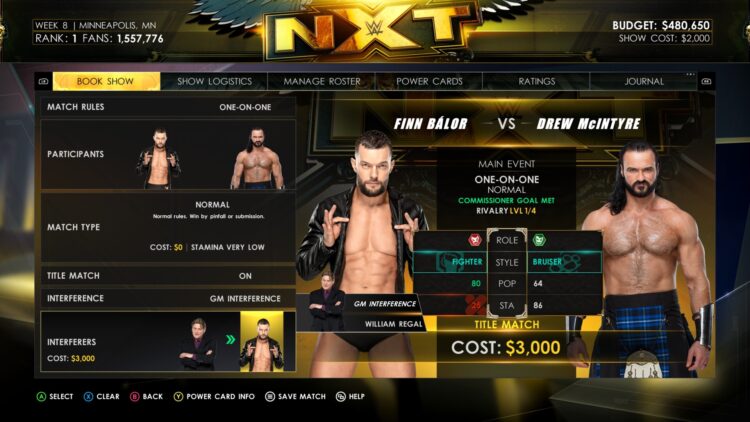 I did say that Universe Mode was one of the weakest features. Well, MyFaction is the other one. Think of MyFaction as a collectible card game where you open packs, form a team, and have your wrestlers fight a “tower” (i.e., sequence of matches). You gain daily login bonuses and virtual currency, as well as a means of spending real-world money.

The less said about this, the better, as it’s not something I’d want in a wrestling game. As an aside, it does feel strange knowing that there’s a “faction-esque” standalone feature, even though Universe Mode is still limited to one-on-one and two-on-two rivalries. 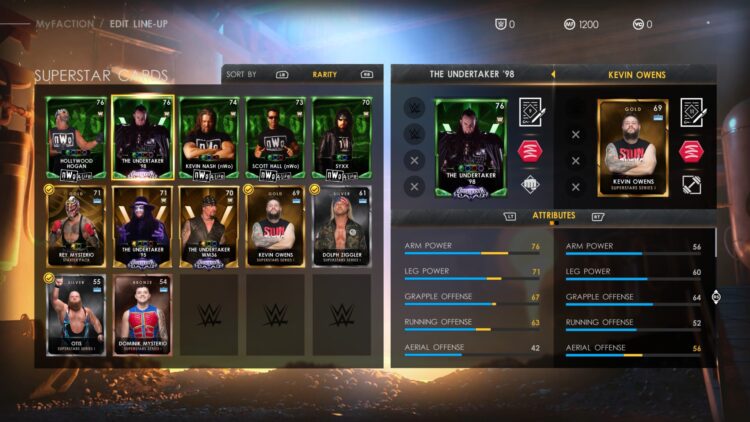 My main gripe with WWE 2K22 is that many of these modes and features feel lacking, disconnected, or tacked on. True, you could spend a lot of time playing Universe Mode, but it’s more of the same from previous years. MyGM, though a welcome addition, doesn’t even have triple threat, fourway, or faction-versus-faction rivalries. Compared to Universe Mode, the matches in each show are limited, which means it’s pointless to have a beefed-up roster. MyFaction, as it stands, seems like it’s tacked on for the sake of having microtransactions and extra earnings.

At the very least, WWE 2K22 still manages to one-up its predecessor — though that’s a very low bar to clear. There are still a few bugs, sure, but they’re not as egregious as the last time. With top-notch graphics, stable performance, improved targeting controls, and a combo system that’s easy to get used to, it offers a refreshing change of pace to a long-standing series.

Lastly, I do think it’s worth mentioning that the roster is severely outdated. For example, Bray Wyatt/The Fiend, Aleister Black, Adam Cole, Bobby Fish, and Ruby Riott are gone. But Braun Strowman, Jeff Hardy, Keith Lee, Breezango, the IIconics, Karrion Kross, Scarlett, Buddy Murphy, Kalisto, Lana, and others are still around. In some ways, you do feel sad that you’re playing as these characters though they’re no longer part of the organization. At the very least, there’s still an opportunity to create numerous CAWs for your own burgeoning promotion to continue their stories. I’m also looking forward to future DLCs that could add more superstars. I’m hoping that we don’t end up with just themed arenas and reskins. 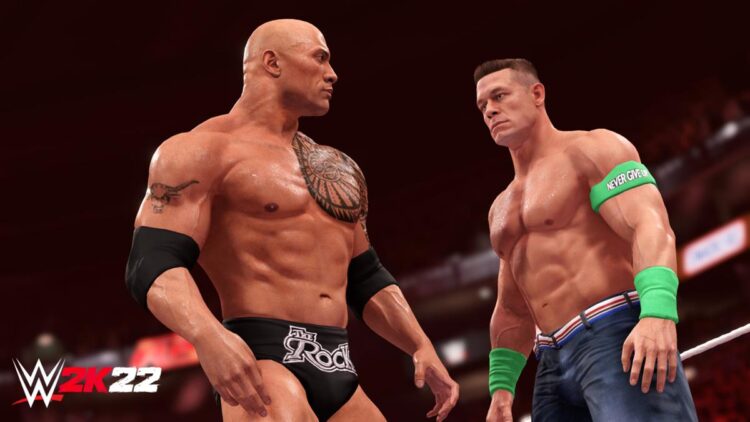 The next mainline offering for 2K's long-running pro-wrestling franchise.
7.5

WWE 2K22 does have some notable problems, such as modes that feel lacking or tacked on. Thankfully, it manages to excel in other departments, including visuals, controls, and performance. Although its predecessors set a very low bar, WWE 2K22 still cleared it and exceeded expectations.

Based on 2K22’s success, the WWE will reportedly deal with Electronic Arts for the next game