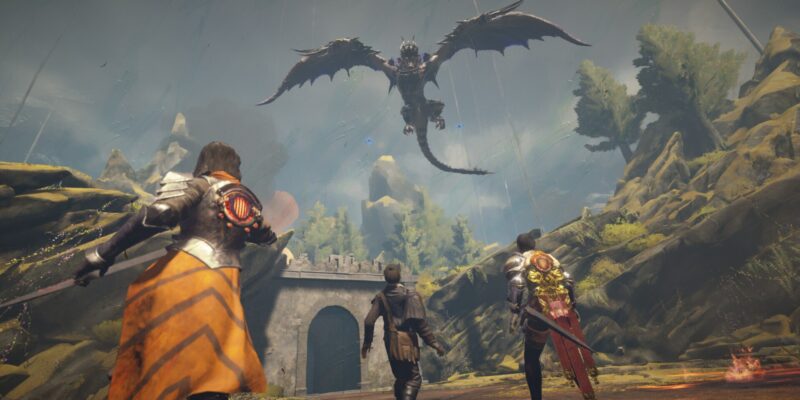 I’d been looking forward to Babylon’s Fall for some time. I’m a big fan of PlatinumGames and I was eager to play its upcoming work, as I missed out on Astral Chain due to its Switch exclusivity. But as I read the discourse online surrounding Babylon’s Fall, it became clear that it would be fighting a nearly impossible uphill battle. People aware of the game were angry about its very existence. After inciting controversy with Marvel’s Avengers, Square Enix has failed to heed extreme consumer negativity regarding full-priced games with live service elements.

Honestly, I like Babylon’s Fall and have enjoyed playing it. It’s a pretty good action title, but it definitely leaves a lot to be desired on the live service front and, undeniably, it needed to be cheaper or even free. The consequences of releasing a full-priced game with premium battle passes and a cash shop have already all but sunk the game. It currently sits at a rather dismal 41 on Metacritic and a 52% positive on Steam. The Steam forums are filled with people who haven’t played the game angrily disparaging it. The current player count is, understandably, quite low less than a week after release. It obviously didn’t help that the game had a deluxe edition for $100 USD that mostly let people play it three days early.

Due to all of the above, it’s simply not currently possible to extricate Babylon’s Fall‘s future from its current predicament. But, divorced from all of that, I find it to be a fairly good game. The premise: your newly created character is found captured by the Neo-Babylonian empire. Said empire is at war with creatures called Gallu, so a mechanical parasite called a Gideon’s Coffin gets placed on the backs of enslaved warriors to aid in turning the tide. Most supposed hosts die when the coffin immediately rejects them. The ones who survive are then known as Sentinels, but the parasite can turn them into what’s basically a Gallu if they lose control. It’s a bleak premise. 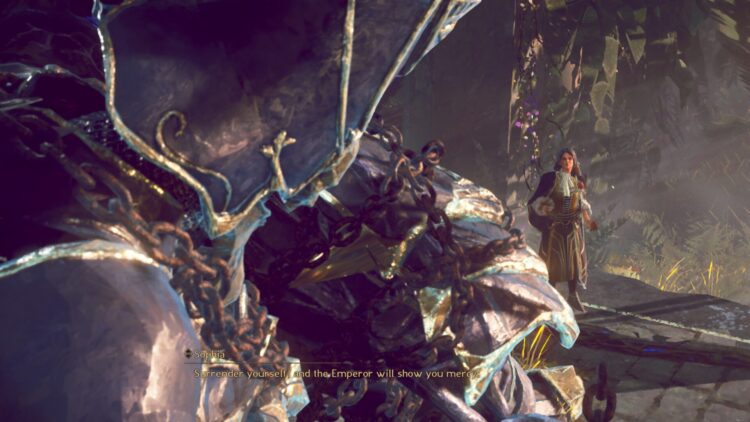 There’s a surprising amount of narrative in Babylon’s Fall. Cutscenes, which are either full motion, acted out with in-engine character models, or slideshows, often accompany the intros and exits of each story mission. The story isn’t good, mind you, as it has no interesting, likable, or even well-developed characters. It doesn’t offer enough context, and a late-game twist feels almost silly. But despite these elements, I still found the plot intriguing. Some people will understandably skip past it to get to the action, however.

After the intro, you’re dropped into a small town hub. Here you can change up your appearance at the stylist, take on orders, craft and enhance weapons, and accept missions. Missions take place across multiple locations and let you embark on fairly linear quests to fight your way to the end and beat a stronger enemy.

Environments are actually decently varied, featuring unique gimmicks and different types of terrain. One level might have you carrying around a lit barrier to keep your spirit points from dropping if you stray into the darkness. Others feature rising floating platforms that require a bit of jumping to traverse. Or maybe you’ll be hitting switches to temporarily open the path forward. During the course of the story, I didn’t end up growing bored with Babylon’s Fall‘s level design.

For most of the game, you’ll be doing this linear set of story missions one after another. New game modes show up later on, however. One of these, skirmishes, are really exactly like story missions, only completing them will unlock a higher-leveled skirmish. These are what you’ll mainly be using to keep getting better gear and strengthening your character in the endgame. 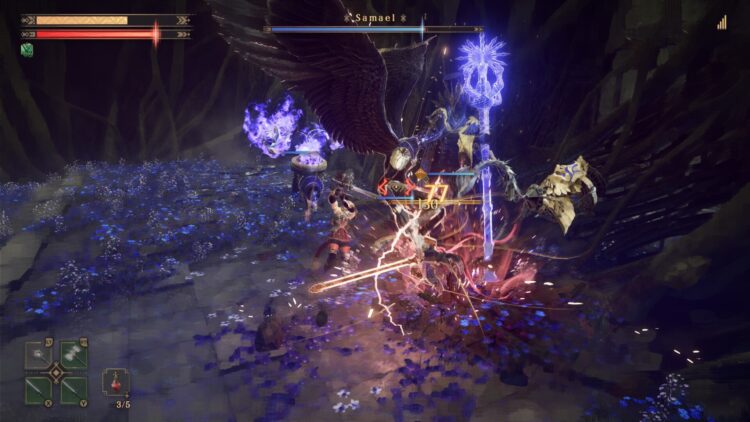 Of course, the action is where the focus is and, in that respect, Babylon’s Fall didn’t disappoint me. It’s not quite a character action game like Bayonetta, as you mostly deal with default attack strings. Plus, you don’t have a substantial degree of control over enemies. It’s more like a Platinum-developed ARPG. That’s not to say that it’s all bog-simple. Different attacks do exercise certain effects on your foes. The sword’s light finishing strike often smacks enemies down. Using power attacks with swords and hammers will see you knocking enemies into the air with regularity.

In addition, the dodging feels just as you’d expect from a Platinum game. Cutting it close with the dodge will let you follow up with a stronger counterstrike. You’re also able to refund some of your spirit, which is special energy you use to dodge and utilize spectral weapon attacks. The way weapons work is Babylon’s Fall‘s most unique feature. Every character can use two weapons, corresponding to light and heavy attacks, which they use with their hands. The other two are used while attached to your Gideon’s Coffin’s tethers. All four weapons are tethered to it at all times, and you’ll see them floating behind you when not in use.

I’ve seen people say that combat in Babylon’s Fall is sluggish and enemies are spongey, but that’s mostly only true if you fail to make use of your DPS potential. You’re supposed to hit your foes with three of your weapons at once, which often tears through enemies fairly quickly. The fighting here is button-mashy and lacks the finesse of Platinum’s classics, but the game still offers quick, flashy combat. The bestiary’s a bit small, though, even if it does have enough variety to cycle between foes to keep things from growing too stale.

You also unlock new abilities as you play, such as abilities for your Gideon’s Coffin and a choice for new styles of attack for all weapons once you finish the story. Annoyingly, your class does dictate what Coffin abilities you get access to, but by the time you realize this, it’ll be too late. My class choice had the fewest and worse abilities, which is still causing me annoyance. 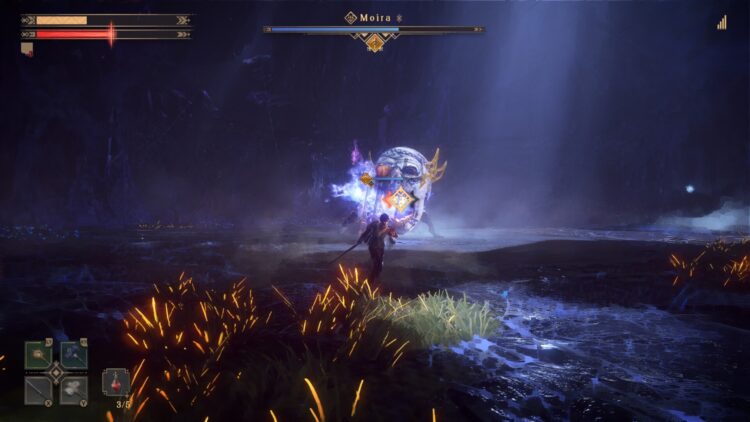 If you focus on the story, you can fairly easily beat Babylon’s Fall‘s last boss before you even hit the 20-hour mark. The game’s boss battles are honestly quite good, featuring a number of large foes both impressive and interesting. They can take a bit too long to solo, though, which will be unavoidable for anyone who picks the game up in the near future. I’m fairly fond of most of what I just went into, but, unfortunately, there are the game’s live service elements.

Simply put, Babylon’s Fall‘s live service elements are dated, unnecessary, and mostly underwhelming. The game’s first battle pass is totally free, but it’s absolutely loaded with a bunch of crap I couldn’t care less about. Nameplates, poses, emotes, cosmetics, it’s all middling. You can also buy an expensive premium currency called Garaz to acquire more of this fluff in the Garaz store. This game is $60 USD, so there’s no good reason for this. Of course, it’s all completely optional. However, as much as I like the game as a whole, the price tag is simply too high.

It doesn’t help that the presentation is so horribly divisive. The game’s visuals are not only dated, but locked behind a filter meant to evoke watercolors. I don’t mind the graphics much, but many consider them an eyesore. Regardless, Babylon’s Fall doesn’t look at all like something that should be priced as a AAA game, even without considering paid battle passes and a pricey cash shop. The game should have been either free to play or had a much lower price point — $20 USD would probably have been okay. 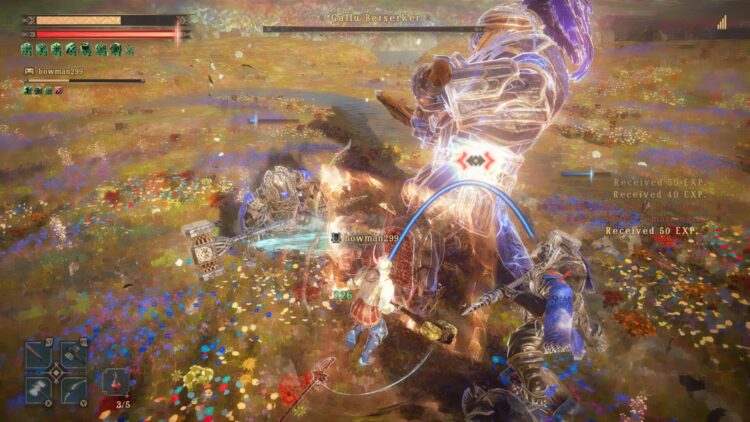 Can’t get a party going

On top of all of this, the online components are severely underwhelming. I was able to successfully match with dozens of people during my time with the game. But there were a lot of times I couldn’t find anyone. Once you start a mission, you’ll have a window where other players can join you through the server or quick match. If no one joins within a minute or so, the mission starts automatically. This is horrible. If you absolutely insist on finding other players, you have to wait for a bit, quit the mission, start it again, and then wait some more. You’re forced to do the whole thing again if no one joins. This can be easily mitigated by removing the time limit.

In addition, once you connect with other players, there’s no option to keep the gang together for subsequent missions. Astoundingly, there’s no text chat for the hub or anything, nor is there any way to quickly invite other people in your hub to a party with you. These are some of the worst choices a game like this could make, and undermines the entire online experience.

Beyond that, there are too few weapons. Crafting is so costly that it’s pointless. Loot drops are almost always garbage or in too small a number, so grinding your way upward can feel glacial.

I really do like Babylon’s Fall as an action game, and I’m going to keep playing it until the player base dries up so badly that it becomes pointless. The action is fast and satisfying and I have a good time playing it with people when I can connect with them. But the game botches the overall experience so badly that I doubt most would be willing to dive in, even though I had an overall good time. The game could easily have prevented many of these issues but, much like the price point and cash shop shenanigans, nothing was done to fix it in the end. If you want an online Platinum game to fight through with friends, you may very well get a kick out of it as I have. But be prepared for some unsightly blemishes that should have been mitigated. 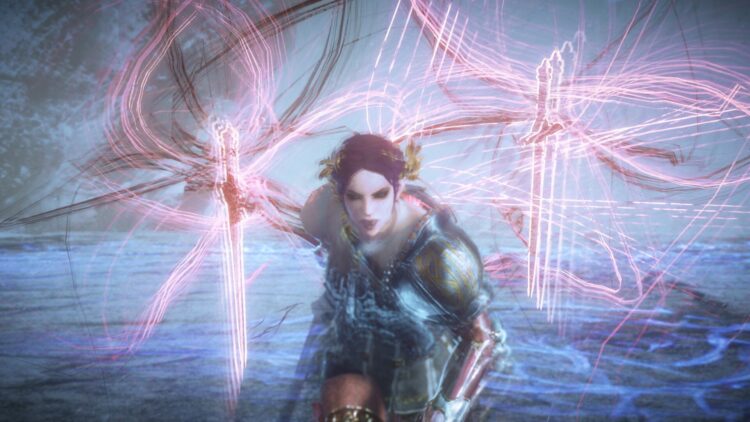 Babylon's Fall has fast, flashy combat and a generally enjoyable structure, but is packed with issues, ranging from its limited co-op function to live service elements, which appear to have sealed its fate.

Forspoken tech trailer shows off the power of Microsoft’s DirectStorage

By Sam Robins4 days ago
News